Nine books catapulted to the top in this year's search for the Best Business Books of 2011.

For the fourth year running Beantown Web has conducted a quasi-scientific meta-search to identify the best business books published in the previous year. The search began by identifying 10 "Best of" lists. This year's research started with the following:

Here are the three books mentioned on at least three lists (The Runners Up):

Four books tied for Third Place honors by being mentioned on four lists:

The second place finisher was mentioned on five lists: 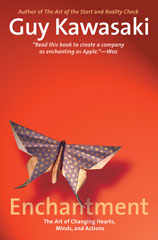 I can personally vouch for four of the nine books honored on this year's list. Feel free to check out my reviews at Goodreads.com:

The other five books are now on my wish list.

No matter what your professional discipline is -- Web technology or some other field -- business is the engine that drives economic well-being. The economy appears to be slowly moving forward after several years of being stuck in the mud. You can help improve your economic prospects by learning more about the business of business.

Goal: Identify one business book from the nine listed above, read it, practice its principles and shift your career prospects into a higher gear in 2012.