As the job market for Web technology professionals heats up, the market for ninjas, gurus and rockstars is boiling!

Dharmesh Shah, Founder and CTO at HubSpot, is looking for developers. There is just one catch. Only awesome ones need apply. Refer an awesome developer and pocket $10,000. Check out the details in his blog post entitled HubSpot Fires First Shot in Boston Battle For Talent: $10,000 Bounty.

This is not just a Boston phenomenon. Rand Fishkin, CEO at SEOmoz in Seattle, has upped the ante to $12,000 for software engineers. Details at WANTED: Software Engineers REWARD: $12,000. To be considered you must be amazing. So, are there job opportunities in the current market? Yes, if you can demonstrate GRANA skills:

After all of the GRANA coders are locked up with long-term stock options there might even be a few opportunities remaining for mere mortals.

Here are 11 startup companies to keep your eye on:

The growing demand for Web technology workers can only be met by increasing the supply of skilled candidates. Skill is developed through a combination of training and practice. 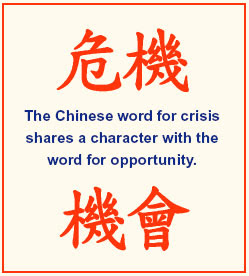 The unemployment crisis is not abating. Yet, as reported in Boston Market | February 2011, the demand for Web technology workers increased steadily in 2010 and experienced an upward spike in January.

Still, many unemployed and underemployed workers are underskilled for these information technology opportunities.

Let's dig deeper and explore a technology whose demand profile does not yet place it on the Top 20 Web Technologies in Boston list posted in the right-hand column:

This technology was developed by 37 Signals, creators of Basecamp, the popular online project collaboration tool, and authors of Rework, one of the Best Business Books of 2010. Wikipedia provides a nice overview of Ruby on Rails (RoR) which is defined as an open source web application framework.

You may already be using an RoR application and not even be aware of it. Twitter and Groupon are just two of many thousands of websites built using Ruby on Rails.

A recent Dice article confirms that "demand is high, but supply is low" for Ruby on Rails experts in the greater Boston area. There apparently is a talent shortage in other large technology markets as well, including Chicago.

A Cambridge-based venture capital firm, Fairhaven Capital, has joined forces with thoughtbot, inc., a Boston-based web design and development company, to offer Ruby on Rails training at a 50% discount. Not just anyone can sign up, however. You have to apply.

First, you must demonstrate experience in web languages such as Java, Python, C#, PHP, HTML, and SQL.

Second, preference will be given to developers from start-up companies.

If you feel you meet the qualification standards, then apply online for one of the 25 available training slots.

We'll take a closer look at the numbers in a minute. First the bigger picture.

According to the Labor Department three U.S. metropolitan areas added the most jobs in 2010:

All three cities are home to industries that are poised to hire this year:

Details can be found in a Bloomberg Businessweek article.

The list of Top 20 Web Technologies in Boston has been updated for February and appears in the right-hand column. The list is comprised of keyword searches for web-related technologies mentioned in job postings at Boston.com (managed by Monster.com).

The usual suspects of programming and database skills populate the Top 10 including the following:

The biggest mover, however, enters the Top 10 for the first time:

A closer looks at the posted jobs that list "social media" in the description reveals that many of the positions are more suited for writers and marketers. None-the-less, the social media experience occurs on the Web and Web technology professionals should know how to incorporate social media content into Web projects. This content includes, but is not limited to the following:

Social media is not a passing fancy any more than the World Wide Web is a fad that will quietly disappear. Web technology professionals should consider adding "social media" to their technology skill set.