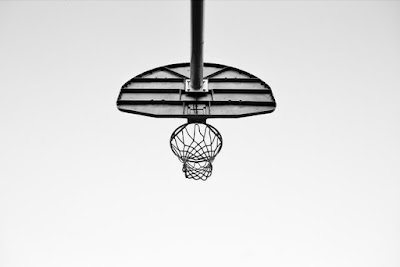 Photo by MontyLov on Unsplash

The four surviving technologies in this year's competition are as follows:

Three of the top four seeds in this year's tournament advanced to the Sweet 16 and one was eliminated:

The Cinderalla technology in this year's tournament is the following:

Here is the updated bracket leading into the Sweet 16 competition (click to expand). 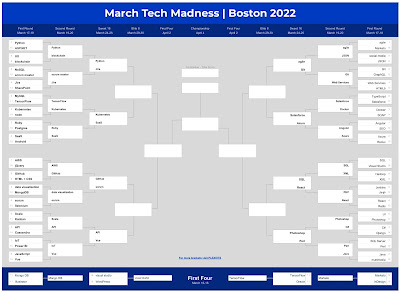 The National Collegiate Athletic Association (NCAA) announced the 68 teams invited to participate in the 2022 Men's basketball tournament, commonly referred to as March Madness. These teams are ranked from 1 to 68.

Beantown Web publishes the Boston Web Tech Job Market which analyzes the technology job market in the Boston metro area. This analysis ranks employer demand for technologies based on the number of times each technology appears in job postings on Indeed. These technologies are ranked from 1 to 68.

The top four seeds in this year's tournament are as follows:

The Sweet 16 winners are being counted down as the tournament progresses and a champion is crowned. Follow along on Beantown Web's Twitter page @webapprentices.